The 2015 NAHP Convention was held October 18-20 in the heart of Texas at the Dallas Fort Worth Airport Marriott. It was a landmark year for the NAHP’s José Martí Awards, the largest Latino media awards in the USA. The 2015 Awards saw a 19% increase in publications entering the Awards and a 15% increase in individual entries. The NAHP’s José Martí Awards are truly a reflection of the continuing strength of Hispanic Print. Nielsen used the conference to unveil Latinos 50 +, The New American Vanguard: Healthy, Wealthy, and Wise. Major Sponsors and Partners included Coca-Cola, McAllen, Texas, MillerCoors, Nielsen, Macy’s, WalMart, and re:fuel.

“Hispanic readers continue to trust our brands In both PRINT and DIGITAL formats in the communities we serve for the information that relates to them and affects their daily lives and futures. The José Martí Award nominees and winners exemplify that.” stated Martha Montoya, NAHP Vice President, Publisher of Washington’s El Mundo, and creator & owner of Los Kitos. Over the last nearly three decades the Awards have grown to reflect the evolution of the publications first by adding additional editorial and marketing Awards, and most recently with the addition of new online and digital Awards.

Hispanic Print continues to be the number one source Latinos turn to for local news with 57% of Latino households using one or more Latino newspapers or local magazines on a weekly basis. There are now local Hispanic publications in 180 media market across the USA. Combined gross ad revenues totaled $1.17 billion in 2014. This is amazing at a time when many media are lucky to stay at the same level. While these numbers are still lower than the peak Hispanic Print year of 2007, they are growing. Hispanic weekly newspapers and magazines remain a key strength with a combined total of 455 publications in this category. More Latino publications were audited this year than ever before: 228 publications with a combined audited circulation of 15.4 million, an increase of over a million from a year ago. 47% of all Hispanic newspapers and 48% of all Hispanic magazines published today did not exist in 2000. No other print media has seen this many startups in recent years. This includes newsprint magazines. Online revues associated with Hispanic publications are approaching the $50 million level. 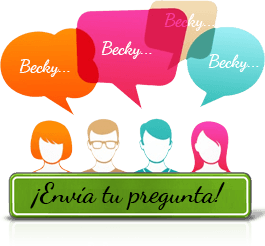